The fragile, luminous beauty of actress Jessica Lange belies the inner strength and vitality she exhibits in the characters she portrays. Though not among Hollywood's most high-profile stars, she became one of its most respected dramatic actresses. For Lange, however, the road to respect was a long one, due in large part to her disastrous debut in the lavish Dino de Laurentiis stinker King Kong.Lange had a peripatetic childhood. Born a traveling salesman's daughter in Cloquet, MN, in 1949, she moved at least 18 times while growing up. 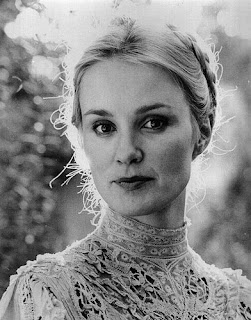 She studied art for two years at the University of Minnesota before running off to Paris, where she studied mime and danced in the chorus of the Opera Comique. She later moved to New York, where she worked as a waitress and model until she was chosen to play the part of a giant gorilla's romantic obsession in the 1976 remake of King Kong. Unfortunately, Lange's acting abilities at the time were not all that remarkable, and she was roundly ridiculed for her performance. 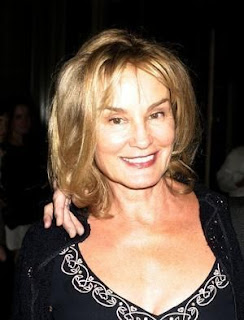 It would be three years before she appeared in another film. She made good use of that time, however, studying drama and networking with industry figures. She was romantically involved with choreographer/director Bob Fosse when he cast her as the angel of death in All That Jazz (1979). 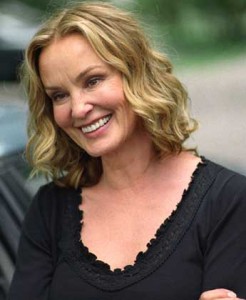 She next played a supporting role in How to Beat the High Co$t of Living (1980), but did not break through into major stardom until she was cast opposite Jack Nicholson in Bob Rafelson's The Postman Always Rings Twice (1981). It was in this film that she first displayed the dangerous sexuality and galvanizing charisma that would lead pooh-poohing critics to recant their earlier assessment that Lange was all looks and no talent.The following year marked a turning point in Lange's career. 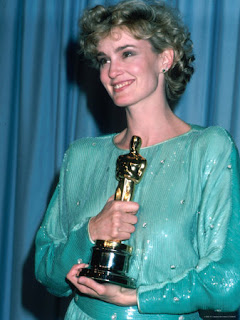 After much lobbying with numerous directors, she finally employed novice Graeme Clifford for Frances, her self-produced adaptation of former actress Frances Farmer's autobiography, Will There Ever Be a Morning? Lange played the title role in the wrenching drama, and became so caught up in the many traumas of Farmer's tragic life (something that was allegedly complicated by Lange's personal tragedies during her own youth), that she nearly suffered a breakdown. Despite the trials of playing the character, Lange later considered it her favorite role. 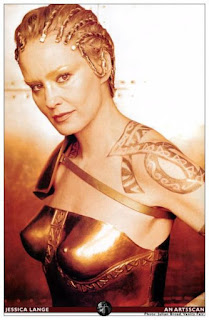 On a more positive note, while shooting the film, she also met actor/playwright Sam Shepard, the man who would father two of her three children and become her long-term lover. (She previously had a daughter by dancer Mikhail Baryshnikov.)Later in 1982, Lange changed gears and appeared as the beautiful object of Dustin Hoffman's obsession in Tootsie. Though she played the only non-comic role in the romantic comedy, she won an Oscar for Best Supporting Actress. She also netted a Best Actress nod for Frances, making her the first actress to receive two Academy Award nominations in a single year. 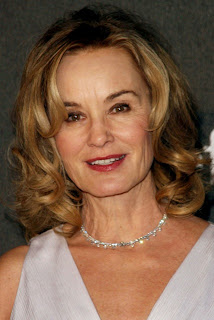 Over the next decade, Lange received Best Actress nominations three more times (for Country, Sweet Dreams in which Lange, who admits she can't sing, played country music heroine Patsy Cline and The Music Box) before finally winning the award for playing a mentally unstable military wife in Blue Sky (1994). If Lange's film appearances sometimes seemed sporadic, it was due to her willingness to take time off to be with her family, as well as a desire to work on the stage. In 1991, she starred as Blanche Dubois opposite Alec Baldwin in a Broadway revival of Tennessee Williams' A Streetcar Named Desire. 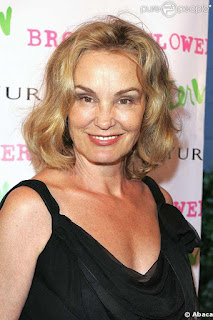 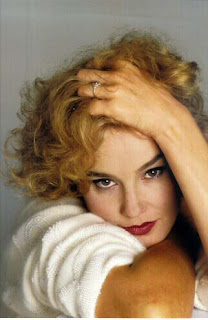 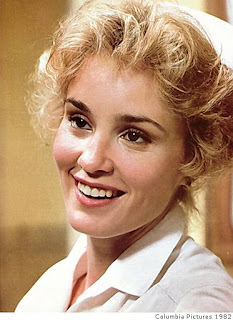 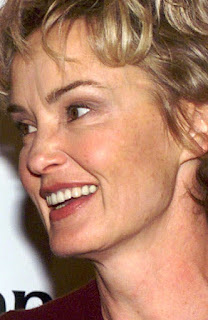 Although her stage debut received mixed reviews, Lange later turned in a more finely rendered Blanche in the 1995 TV version of the play, and reprised her role again for its 1996 London production. Lange also appeared in two films in 1995, notably Rob Roy with Liam Neeson. Two years later, she starred with Jennifer Jason Leigh, Michelle Pfeiffer, and Jason Robards Jr. in Jocelyn Moorehouse's moderately well-received adaptation of Jane Smiley's A Thousand Acres. She then appeared in another star-studded affair alongside Anthony Hopkins, Jonathan Rhys-Meyers, and Alan Cumming in Titus, Julie Taymor's 1999 rendering of Shakespeare's Titus Andronicus.Lange disappeared from screens in the early 2000s (partly due to the shelving of Prozac Nation), but came back with three films in 2003. She played Albert Finney's wife in Tim Burton's Big Fish, the wife of a man who undergoes a sex change in Normal, and she was one of the famous people in the enigmatic Bob Dylan movie Masked and Anonymous. She also starred with Sam Shepard in Wim Wenders' 2004 film Don't Come Knockin'. ~ Sandra Brennan, Rovi.
at 12:00 PM
Email ThisBlogThis!Share to TwitterShare to FacebookShare to Pinterest
Labels: Jessica Lange