Shamed basketball star Kobe Bryant was almost served with divorce papers four years ago it has emerged.
The love cheat's estranged wife Vanessa saw divorce lawyers after being pushed to the limit by the NBA legend's antics, according to RadarOnline.
But she had a change of heart after the Los Angeles Lakers star promised to change his ways and attend marriage counselling.
A source close to the couple said: 'Vanessa almost threw in the towel four years ago. 'Kobe has always had a slew of girlfriends, and the cheating was almost blatant.
'Vanessa had consulted with a divorce attorney, not Laura Wasser, who she has hired to represent her now. Kobe promised Vanessa he would stop cheating, and the two went to marriage counselling.
'Kobe did seem like a devoted husband, and Vanessa decided not to go through with filing at that time.'
She even stood by him when he was accused of sexually assaulting a worker at an hotel in Colorado.
The 33-year-old admitted having sexual relations with 19-year old hotel employee Katelyn Faber, but denied assault.
The case was dropped by prosecutors after she refused to testify in the trial, but a separate civil lawsuit was eventually settled out of court for an undisclosed amount. 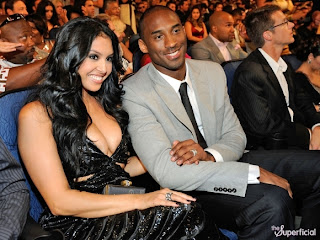 However Vanessa decided to call time on their marriage of almost 11 years after growing tired of his philandering, despite hoping they could work things out for the sake of their two daughters.
The source said: 'Vanessa wanted to stay together for the children. Vanessa stood by Kobe during his darkest hour, and she believed him when he said there would be no more women.
'Vanessa began to get suspicious again about 16 months ago about Kobe cheating on her, he knew that if he wasn't faithful, she would leave him. Vanessa had no other choice.'
The reverlation follows claims the NBA favourite was growing close to one of Kim Kardashian's best friends Carla DiBello.
Several websites claimed DiBello, 27, has been on close terms with the millionaire athlete for the last couple of years, according to Radar Online. 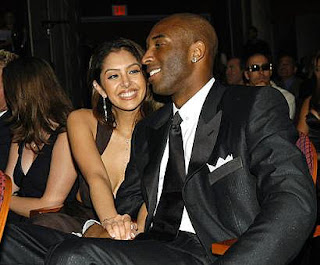 Some note that she has been spotted courtside at Lakers games.
Carla is one of 31-year-old Kardashian's closest friends, and is also a producer on Keeping Up With The Kardashians and Kourtney & Kim Take New York.
She travels around the world with the reality behemoth, and most recently was by her side during Kim's trip to Dubai.
Carla was director of strategic relations for SBE Group which owns a number of exclusive hotels and clubs in Hollywood.
She was also Steve Wynn’s assistant at his luxury hotel casino of the same name in Las Vegas.
Meanwhile, TMZ are reporting that Kobe is worth much less than the $400 million that was being suggested in some quarters, with his net worth instead being around $150 million. 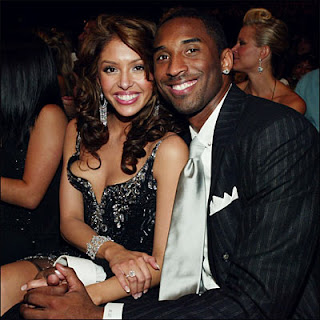 Still a small fortune, but with a divorce settlement looming, every dollar will count as Kobe prepares to negotiate spousal and child support.
Vanessa filed for divorce from her NBA superstar husband citing 'irreconcilable differences.'
TMZ further claims that she has caught Kobe with 'multiple women' over the years - but the latest affair was the one that broke the camel's back.
Sources did not tell the website how she found out about his alleged fling with DiBello - but apparently it was through text messages.
Vanessa, 29 , who stuck by Kobe, 33, after he was charged with sexually assaulting a Colorado woman in 2003, has been married to the LA Lakers player for ten years.
The couple have no pre-nuptial agreement, according to TMZ, so Vanessa will be entitled to substantial monies and has requested spousal support. 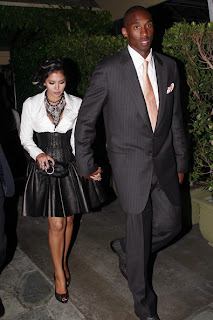 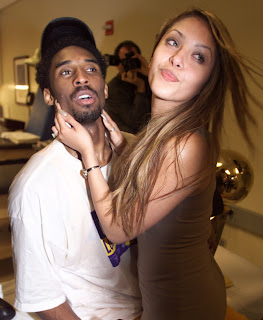 It is said that Kobe has already moved out of the mansion in Orange County that the couple once shared.
According to TMZ, Kobe purchased the abode ten years ago, but Vanessa will get the home as part of the couple's divorce settlement.
The pair met when she was just 18, when she was working as a backing dancer in a studio where he was recording, though that material was never released to the public.
According to the legal documents obtained by TMZ, Vanessa is asking for joint custody of their two daughters - eight-year-old Natalia and five-year-old Gianna.
But Vanessa is asking that Kobe get visitation rights, which means she wants the kids in her care most of the time.
Vanessa is being represented by Laura Wasser and attorney Samantha Klein, whose clients include Britney Spears, Angelina Jolie, Maria Shriver and Kim Kardashian. 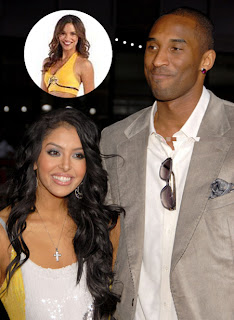 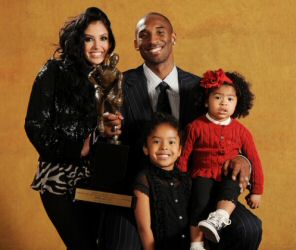 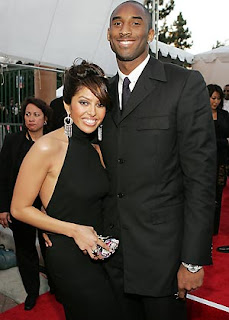 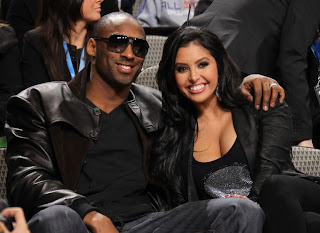 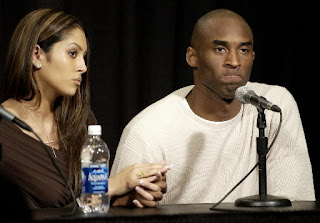 at 4:22 AM
Email ThisBlogThis!Share to TwitterShare to FacebookShare to Pinterest
Labels: Kobe Bryant, Vanessa Bryant